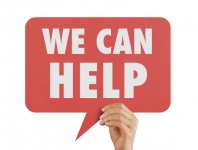 During the second half of 2017 the complaints received by the MCA saw an increase of 11% in comparison to the first half of the year.

The MCA received a total of 113 complaints from subscribers of telephony, internet, television and postal services, 99% of these were dealt with and the cases closed within 20 working days. The Authority also received 238 generic enquiries.

The MCA end-user team runs a complaints-handling mechanism which persons can resort to in the event that they are unsatisfied with how their problem is addressed at source by their respective service provider. The nature of the complaint and the MCA's relevant legal powers determine the extent of the action the MCA can take in relation to a complaint. Although the complaints received relate to services that are regulated by the MCA, there are instances where the Authority is not empowered by law to intervene and would thus refer the end-users to other competent entities.

Quality of Service (QoS) issues topped the list of complaints, with faults being the most common type of complaint received – a total of 26 cases reported, and followed by issues related to internet performance. Faults are generally caused by degradation, misuse, force majeure or third party disturbance. Faults could also be the result of damages to the service provider’s infrastructure, damages to the subscriber’s internal wiring or damages to the physical equipment. In the cases reported to the Authority, the MCA monitored the actions undertaken by the service providers to ensure that faults were repaired within the shortest time possible. In total, the MCA received 12 complaints related to the performance of the internet. In some cases, the MCA had to intervene directly as the internet speeds attained by the consumers did not coincide with their contractual agreement. In other instances the MCA had to guide the consumer on how to maximise their internet user experience. In this regard, in 2017 the MCA launched an educational campaign discussing various topics related to the internet. For more information visit the following link https://www.mca.org.mt/internet.

The second-most common type of complaint received was related to billing issues, namely related to incorrect billing with a total of 22 complaints reported to the MCA. In 10 of these cases, following the necessary investigations, the MCA determined that the service providers were required to take necessary remedial action to address the issues reported.

The MCA also received 9 complaints related to postal services during the second half of 2017. The MCA brought these cases to the attention of the service provider so that it could further investigate the matters raised and address any ensuing issues accordingly.

The MCA encourages those who encounter any difficulties with respect to the services regulated by the MCA to contact the Authority in the event that they are unsatisfied with the way their service provider handled their complaint. The public can contact the MCA on 21336840 or by email at customercare@mca.org.mt.

The MCA regularly publishes information of interest to the general public on its Facebook page and on its website. Watch the MCA team members discuss a variety of issues and give consumer tips on local TV programmes by following the MCA’s YouTube channel.