The BeSmartOnline! project concerts the efforts of national stakeholders working towards the safer use of the internet by children and youths.

The BeSmartOnline! project concerts the efforts of national stakeholders working towards the safer use of the internet by children and youths. The initiative aims at raising awareness and educating minors, carers and educators on the safe use of the internet; establishing, operating and promoting reporting facilities for internet abuse; and supporting respective victims.

Through the BeSmartOnline! project a Maltese Safer Internet Centre has been created. The project is co-funded by the European Commission’s Connecting Europe Facility (CEF). 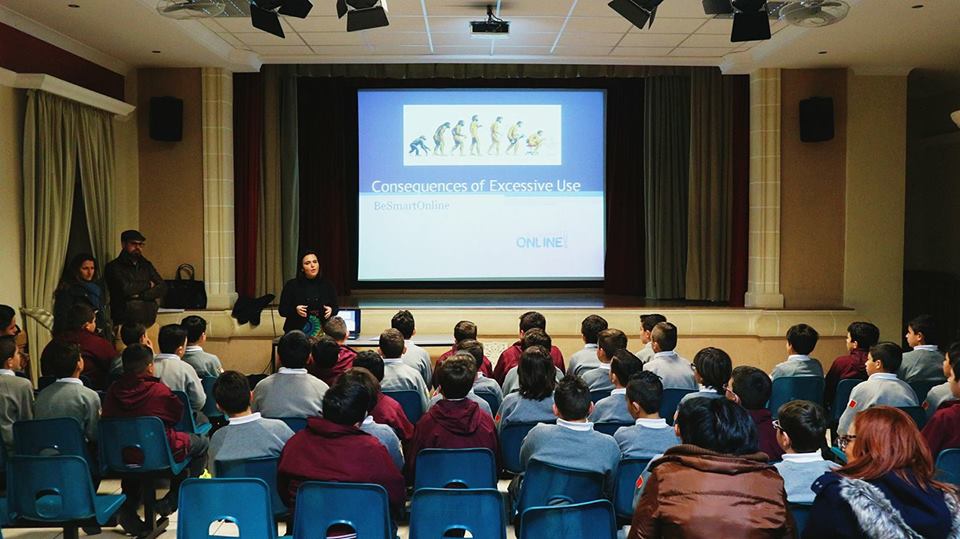 Over the past years, the Malta Communications Authority, jointly with the Office of the Commissioner for Children, Aġenzija Appoġġ and the Directorate for Learning and Assessment Programmes has been running BeSmartOnline! with the aim of educating parents, carers and students about the safe and smart use of the Internet by minors.

Key stakeholders including the Education Directorate, Church and Independent schools, the Police, Aġenzija Żgħażagħ and the University of Malta are actively contributing to the project.

At the start of 2017, a new website was launched with the aim to help children, young people, parents and educators understand the basic principles and best practices for safer online experience for children.  It also acts as a tool to communicate news, announce events and share resources. All resources developed, are made available online on www.besmartonline.org.mt under the Resources and Downloads section.

As a yearly appointment, in February, the Maltese Safer Internet Centre (SIC) celebrated Safer Internet Day with the theme being "Create, connect and share respect: A better Internet starts with you".  A stand was set up by the SIC in one of the main squares of the capital Valletta.  The public had the opportunity to learn from the experts available to address their concerns. Resources for parents were also distributed.  Other events such as during Children Cinema Day and World Children’s Day were also organised to disseminate useful resources to all those present during these events, and to reply to any queries from the public and guide them to the relevant entities for more information.

Other important activities have taken place such as the parent/carer forum with the aim of bringing together parent representatives as well as those involved in the care of vulnerable children, in order to discuss effective ways of ensuring online safety.  In October a psychosocial forum was held, which brought together 23 professionals from the psychosocial field that are in some way associated to children to discuss the current challenges concerning children’s online safety.

Throughout the year, the BSO team rolled out two campaigns - The Balanced Use Campaign and the Privacy Campaign.  The first was aimed at raising awareness about the importance of balance between online and offline time, whilst the second campaign was all about busting myths about online privacy and providing facts.

Furthermore, a live-in for young people was organised in August.  This consisted of an interactive 3-day programme which included various activities in which those attending not only learnt their rights, but also actively explored and engaged in discussions on such rights.

The SIC was awarded third place in the Frans Sammut competition organised by the Ministry for Education.  A digital game for students was developed aimed at promoting critical thinking and to raise awareness of the wonders and dangers that Internet brings. This competition is organised annually for those people, schools, government institutions, media and private entities who either written, verbally or through creativity and innovation, promote the Maltese language.

In 2017, the BSO team successfully managed to partner with Facebook to spread awareness on online safety. Members from the Facebook team visited Maltese youths and educators. A workshop with over 140 participants about the safe use of the Internet, was held for heads of various departments and educational officers.  Educators were also given a thorough explanation of the specific resources produced by Facebook for educational purposes and how these can be used in schools.

Ongoing Internet safety talks are held throughout the year.  During 2017, the BeSmartOnline! project team visited a total of 20 schools, raising awareness about cyberbullying and Internet safety. The team also visited 12 Skolasajf centres throughout the summer months and held various sessions for children aged between 7 and 9.

Last but not least, a seminar for primary peripatetic Personal Social Career Development (PSCD) teachers was organised as part of the continuous professional development of teachers on the subject.  Workbooks were also developed for primary students in order to provide a proactive way for them engage with the digital world and which also acts as an excellent tool to help them acquire the necessary skills that include, amongst others, media literacy skills as well as communications and critical skills.