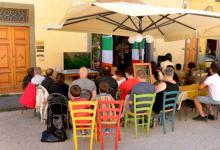 The Malta Communications Authority welcomes this ground-breaking initiative in bringing the absolute best sports TV content to local subscribers. The MCA has previously facilitated discussions and encouraged the two operators to collaborate in television sports packages to provide such a joint service.

Local restaurants, hotels, bars and other catering establishments are encouraged to protect their brand and reputation by ensuring that they only publicly broadcast content from legal sources.

The MCA is currently establishing regulations that will aim to curb the use of illegal TV content streaming in such public places, thus also ensuring that the consumer receives an undisrupted and best quality service.