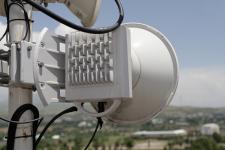 MCA Notification to the Market on Zero-rating Practices

The Malta Communications Authority (the Authority) notifies that it has received an application for the grant of rights of use of radio frequencies being made available for assignment by the Authority in connection with fixed radio links. Assignment of the said frequencies is being requested within the 11 GHz frequency band. Further to this request the Authority intends to grant the rights of use of the following radio frequency channel: 10849-10905 MHz / 11379-11435 MHz (channel 6). If no submissions which in the opinion of the Authority raise valid objections at law in relation to this application, are received by not later than 12:00 hrs on 5 July 2018, the Authority may then in accordance with the powers granted to it by law, consider assigning the rights of use of the said frequencies directly to the applicant. Any such submissions are to be received in writing and addressed to the Chairman of the Authority (attn. Mr. Adrian Galea, Senior Manager - Spectrum Planning & Authorisation, spectrum.mca@mca.org.mt).