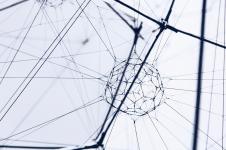 In line with Decision (EU) 2017/899, the MCA is publishing the National Roadmap for the UHF band between 470 – 790 MHz. This roadmap lays down the foundation to ensure that Malta is well positioned to adopt and benefit from future wireless technologies while sustaining competitiveness in the rapidly changing digital world.

Global demand for pervasive wireless connectivity is continuously growing, driven mainly by the demand arising from smart devices and their applications. In view of this rising demand for wireless connectivity, the EU has re-purposed part of the spectrum in the UHF band for wireless broadband. The repurposing of spectrum in the 700 MHz frequency band will present a number of benefits to society at large, as outlined in the 5G Action Plan for Europe. Such a change is expected to give rise to both economic and market opportunities; further facilitating the provision of nationwide wireless broadband services including possible new business models.

In order to help meet spectrum demands for the new digital connectivity services and identify the needs of providers and users of electronic communications, in April 2018 the MCA published a consultation on the roadmap for the UHF band between 470 - 790 MHz (MCA/C/18-3191).

Through this roadmap, the MCA is establishing a phased programme of work which addresses the mandate as laid out by the European Parliament and Council in order to make the 700 MHz band available for wireless broadband use as soon as possible, whilst safeguarding the ongoing delivery of DTT services.