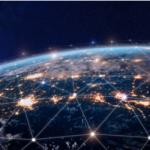 MCA publishes market trends for the period July to December 2018

​The MCA is today publishing the Communications Market Review (CMR) outlining the main developments in the second half of 2018. This publication is the latest of a series designed to outline developments concerning electronic communications and postal services in Malta.​

During the second half of 2018 the telecoms sector in Malta once again registered encouraging results across all sectors in terms of subscriber growth. Of significance, is that during this period operators successfully added a substantial number of new customers on bundle packages featuring ultra-fast fixed broadband download speeds and premium TV content. The number of clients with stand-alone subscriptions declined further as service providers reduced choice in this product category and offered better prices for their bundle packages compared to those charged for stand-alone products.

The number of fixed telephony subscriptions was also up during the period under review, reaching 255,437 by end of year, up by 15,157 (or by 6.3%) from 240,280 a year earlier. Despite the increase in subscription numbers, end users are relegating the fixed telephony service for a less significant role in their daily communication activities.  In fact, fixed voice minute volumes in the second half of 2018 were down by 5.7% compared to the same period a year earlier. Bundling continues to be one of the main reasons why this service remains strongly present in local households and businesses, with almost 75% of all post-paid subscriptions recorded at the end of December 2018 being purchased in a bundle. This means that the popularity of the fixed telephony generally stems not from its utility as a service but from the accomplishment by service providers to combine fixed telephony with the other more sought services such as pay-tv and fixed broadband.

The pay-TV sector saw a 6.2% jump in subscriptions year-on-year, with a total of 165,289 subscriptions recorded at the end of the current reporting period. Bundling is also getting increasingly prevalent in this segment, with 72.2% of all pay-tv subscriptions being bundled with other services at the end of the year, which is up by 6.3 percentage points over a 12-month period. Growth in the pay-tv subscriber base comes alongside observed developments in premium content, particularly with the observed jump in subscriptions to the TSN Sports channel packages launched in June 2018. The increased take-up of premium content reinvigorated not only the subscriber base of the pay TV segment but also the revenue streams of local operators. In fact, the ARPU for this sector was up by 2.2% from €44.27 at the end of 2017 to €45.23 at the end of 2018.

As for the postal sector, mail volumes were down albeit marginally when compared to previous years. This drop is in line with long-term trends considering the continued developments of online applications and their increased usage. More specifically, single piece and bulk letter mail segments accounted for the registered drop whilst gains were noted for registered mail items and parcel mail segments. However, gains in the latter did not outweigh losses in the former seeing that total mail volume was down 0.2 million mail items or by 1.3%.

​​All the figures referred to in this article and more detailed information are available on the following link.