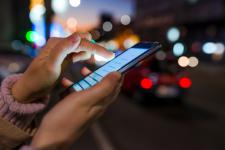 MCA publishes market trends for the period January to June 2018

The MCA is today publishing the Communications Market Review (CMR) outlining the main developments in the first half of 2018. This publication is the latest of a series designed to outline developments concerning electronic communications and postal services in Malta.

The first half of 2018 saw a positive performance across all segments of the electronic communications sector. Subscriber growth was recorded across all retail markets with take-up for fixed broadband and pay-TV outpacing other sectors. The latter sector reflects a continued shift towards uptake of IP-based digital services as well an expansion of service portfolios and changes in price plans, increasingly tailored for the need of end-users.

Over 86% of fixed broadband subscriptions were in a bundle at the end of June 2018. Fixed broadband average revenue per user (ARPU) also shifted upwards as a result of several developments, including the steady rise in entry-level access fees and the increased demand for high-quality video content.  Conversely, however, subscribers paid less per Mbit of download in 2018 compared to the first half of 2017.

Mobile telephony subscriptions were up by 2.4% year-on-year to 615,423 by the end of June 2018. Take-up was particularly robust in the contract segment, with this category of plans growing its share of the mobile subscriber base to reach 35.4% by the end of the reporting period. This change reflects improved allowances with post-paid plans, which generally include bigger data caps and unlimited calls. Meanwhile, trends in usage of the traditional mobile voice and messaging services remain consistent with long-term developments. Mobile voice minute volumes surged ahead in the current review period, as end-users continued to move away from SMS messaging and fixed voice calling. Mobile data consumption also saw significant growth in the current review period, with usage on a per user level jumping by 23.5% from  an average of 5.1GB in the first half of 2017 to an average of 6.3GB in the first half of 2018.

In the Pay-TV sector, subscriptions were up by 9,326 to 161,697 subscriptions by the end of the first half of 2018, up from 152,371 a year earlier. Bundled pay-TV packages were up by 6.5 percentage points during this period. The increased take-up of this service is a result of operators introducing pay-TV plans in the majority of their bundle packages. Despite the increased take-up of this service, the ARPU for this segment continued to decline.

Postal mail volumes in the first half of 2018 were up when compared to volumes recorded a year earlier, from 18.6 million to 18.8 million. The growth in overall volumes came as a result of the increases reported in activities related to packet and parcel segments, which offset declines seen in the bulk sector and letter mail.​​

All the figures referred to in this article and more detailed information are available on the following link.