The MCA monitors levels of EMF

People all over the world are constantly exposed to both environmental and man-made electromagnetic fields (EMF) to varying degrees. Ever-advancing technologies, the reliance on electronic devices for our daily chores and changes in social behaviour will eventually result in more artificial sources of EMF. Common sources for such fields, are power lines, household electrical appliances and computers, radio and television broadcast facilities and cellular phones. Such fields, which are found in the non-ionizing part of the electromagnetic spectrum (between 0Hz to 300GHz) are different to ionizing radiations, such as X-rays and gamma rays, which have enough energy to break molecular bonds.

MCA’s remit in this regard is to ensure that the levels of non-ionising radiation from radio frequency transmitters are within the levels applicable in Malta as determined by the relevant competent authorities.  These levels refer to those of ICNIRP, the International Commission on Non-Ionising Radiation Protection. It is to be noted that the ICNIRP levels are referenced in the Subsidiary Legislation 399.40 of the Laws of Malta. The same levels have also been adopted by the European Commission in its Recommendation 1999/519/EC.

The MCA, as part of its rigorous routine audit programme, monitors the levels of EMF at various locations around Malta and Gozo. So far, all results obtained from these audits were well below the acceptable level established by ICNIRP. A summary of the EMF measurement results are publicly available and can be found here. EMF measurements are also carried out, by the MCA, upon requests from the general public.

Measurement results are sent to the relevant health authorities for them to take any action they deem necessary.  The national competent authority with regard to the EMF effects on health is the Environmental Health Directorate which may be contacted here. 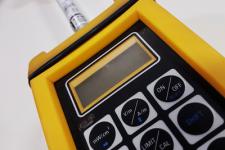