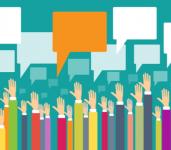 A brief overview of findings for a perception survey

Fieldwork carried out in June to July 2019

The MCA is hereby publishing the findings of a survey gauging consumer perceptions of fixed broadband services offered in Malta. Survey findings shed light on the level of satisfaction with the products and services being purchased, the sensitivities of consumers to price and switching decisions, and the overall experience with quality of service and customer care processes.  Several findings are presented on the time spent online by end-users under 18 years of age.

EMCS Consulting carried out the survey contacting 800 randomly selected households via telephone interviews (CATI) on behalf of the MCA.

98% of all household respondents claim to have access to a fixed broadband connection at their place of residence, up from 94% recorded in our 2017 survey.

32% of respondents consider price as the primary factor influencing their fixed broadband connection, down 5 percentage points from 2017. Download speed and bundle availability also retain their 2nd and 3rd spots in terms of influence, at 23% and 19% respectively. This year’s survey shows that upload speeds are getting more attention by users, with 14% of all respondents identifying upload speeds as an important factor when selecting a fixed broadband package. This is up 3 percentage points from 2017.

28% of all respondents reported having at least one family member in their household under 18 years of age. Four out of ten households in this segment reported that their 18-year old members spend 5 hours or more online every day. Survey data also shows that individuals in this age group were generally more likely to engage in activities related to entertainment when making use of internet services. In fact, 31% of respondents reported that residents within their household in this age bracket watched video content such as YouTube. This was closely followed by video games at 25%. Only 8% of respondents claimed that household members in this age group made use of the internet for educational purposes.

Only 26% of respondents were able to identify their fixed broadband’s headline download speed. This is a similar result to that reported in the 2017 survey.

However, despite their lack of knowledge on download speeds, 77% of survey respondents perceive their connection speeds as adequate for their day-to-day needs.

Of note is that 32% of respondents knowledgeable of their monthly expenditure deem the fixed broadband service to be “expensive” whilst 12% deem it “very expensive”.

Some Internet speed test apps and websites are available as a means for the end-user to check whether or not their fixed broadband connection speed corresponds to that promised upon purchase. However, only one in ten households test their download speed regularly to ensure that the service they were attaining was identical as what was being advertised by the service provider. Another 13% conduct download speed tests but not nearly as often; whilst 6% are aware of the existence of such tests but never perform them. The remaining 71% do not perform these tests and are completely unaware of such an application.

The way that customer care deals with reported faults is deemed of a good. In fact, 81% of respondents say they were satisfied or very satisfied with how their faults were addressed by the service provider. This is 12 percentage points higher than what was reported in 2017.

Background to the survey function at the MCA

The MCA has been regularly carrying out the Consumer Perception Surveys on a two-yearly interval since 2008. The main purpose behind this exercise is to gather information on the level of satisfaction of local consumers with the products and services offered by electronic communication service providers and the extent to which these providers are able to address the demands of their clients. Given that these surveys have been carried out regularly for a number of years, survey results are indicative of how the needs of end-users have developed over time and how local service providers are dealing with changing demand over the years.

The results of these surveys also serve as an additional source of information for the MCA’s regulatory decisions, in order to ensure an environment that is conducive to sustainable competition and investment in view of the growing demands of the future.

The methodology used in the latest round of consumer surveys, including the sampling, questionnaire design, fieldwork and weighting processes followed similar approaches to previous surveys. The research methodology involved the use of Telephone Computer-assisted interviewing (CATI).

For a more comprehensive picture, a presentation encompassing the main survey findings is available on the MCA website via this link.

The survey was conducted in Summer, which means that respondents in the less than 18-year old bracket were most likely on holiday and thus more likely to use their fixed broadband services for entertainment.