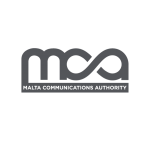 Price Developments Publication - April and May 2020

The Malta Communications Authority (MCA), welcomes reports and discussions concerning the state of the Internet in Malta as an opportunity to better inform the public on the facts concerning these services.

The MCA recognises that various ranking studies are regularly conducted by entities seeking either commercial recognition or as an exploration research exercise.

Various tools, such as M-Lab as used by cable.co.uk but also others, such as OOKLA, are regularly used by consumers to assess whether their service promise is being fulfilled.  These applications are readily available on the Internet and generally serve as an indication of the Internet speed at a point in time.

The Internet is a global network based on best effort and comes with no performance guarantees. This is in contrast with the speed offered for Internet access by a national Internet Service Provider (ISP) which would fall under regulatory oversight through the MCA’s Quality of Service framework <Broadband QOS Framework>, Net Neutrality < net neutrality > and Consumer Protection < consumer > rules.

Different reports available to the general public can often deliver contrasting messages. In 2019, whereas cable.co.uk claim that M-Lab reports the average speed for Malta at 18.16Mbps, for the same period, OOKLA, another broadband network intelligence provider, reports a significantly higher average speed of 87.74Mbps. Malta is one of a number of countries exhibiting such significant contrasting results.

Benchmarks that seek to compare the performance across different countries need strict methodology requirements that go beyond the functionality of the tool itself.  These would include information such as the number of samples by fixed and mobile technologies, as well as objective reference to the location of the servers against which the benchmarks are performed, which results in contrasting measurements.

The MCA recognises both the benefits and the shortcomings of these tools.  For this reason, the Authority developed the regulatory toolkit necessary to oversee the Internet access speeds in Malta and investigates any shortcomings presented by its oversight activities as well as those reported by consumers through the consumer protection and complaints services offered by the MCA <https://www.mca.org.mt/consumer/consumer-rights>.

In its annual Net Neutrality report as published in June 2019, the MCA notes that both complaints as well as its oversight activities concerning Internet access speeds do not evidence any notable variances from those specified by the ISPs in the respective packages.

On a positive note, as reported in the 2019 European Digital Economy Society Indices (DESI) <https://ec.europa.eu/digital-single-market/en/scoreboard/malta>, Malta performs above the EU average in broadband connectivity and the use of internet services by citizens. Malta remains a European leader on the availability of fixed broadband (basic, fast and ultrafast), being the only Member State with full coverage of ultrafast networks.