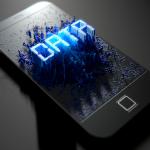 ​Subscriptions were up for all electronic communications services in the last quarter of 2018, figures released today by the MCA show. These figures are available in the MCA publication entitled 'Data Report Sheet (DRS)', which provides data for the period Q1 2014 to Q4 2018 on several indicators concerning the postal and telecoms sectors.

Year-on-year growth was strongest for fixed telephony at 6.3%, closely followed by pay TV at 6.2% and fixed broadband at 5.8% and mobile telephony at 1.8%. Growth in take-up for fixed telephony, fixed broadband and pay-TV is much aligned given that the standard market subscription for electronic communications services is nowadays the triple play bundle, which typically encompasses these three elements purchased together in a package by the end-user.

Whilst fixed telephony beats mobile telephony in terms of growth in take-up, voice traffic trends for the two services exhibit an opposite pattern. For several years now, end-users have increasingly made use of the mobile telephony service to communicate with others, whilst relegating the fixed telephony service for a less significant role in their daily communication activities.  Significantly, the number of mobile voice traffic minutes were up by 6.4% year-on-year to a total of 932.2 million in 2018 (excluding roaming minutes). In contrast, the number of fixed voice traffic minutes was down by 6.0% year-on-year, to 435.1 million in 2018.

Back to subscriptions, the type of purchase is essentially split into two broad categories: post-paid versus pre-paid. Here, the market trend is evidently characterised by the shift to post-paid products. So much so, that the number of pre-paid fixed telephony subscriptions totalled around 10,000 at the end of 2018, representing just 4% of the subscriber base. Meanwhile, take-up for mobile post-paid plans by far outpaced that observed for the pre-paid segment, with the former showing an absolute rise of around 14,000 subscriptions year-on-year, compared to a decline of around 3,000 subscriptions for the pre-paid segment.

The pay-TV segment also registered a rise in subscriptions, this time by almost 10,000 year-on-year, with the observed jump in subscriptions to the TSN Sports content launched in June 2018 playing an important part in this development.

Meanwhile, postal mail volumes diluted by 0.5 million postal items year-on-year. During this quarter under review, standard mail services were down by 6.9% when compared to the same period a year earlier whilst express mail was up by 10.2%.

More detailed commentary with respect to developments for each electronic communication and postal segments is available below:

The mobile telephony subscriber base grew by 11,084 subscriptions year-on-year to reach a total of 615,843 by the end of 2018. The number of post-paid plans was up by 13,987 subscriptions (or by 6.6%), compared to a decline of almost 3,000 pre-paid subscriptions. In general, this shift is most likely explained by the rise in popularity of voice and data allowances associated with post-paid plans. The allowance factor also contributed to the observed rise of 6.4% in voice traffic volumes and a 31% jump in annual mobile data consumption. Both subscriber and traffic volumes growth contributed to the observed increase in mobile telephony ARPU.

Another significant rise was observed in terms of roaming voice and data traffic volumes, following the implementation of 'roam like at home' regulations in Q2 2017 consumers have been able to travel to member states and use allowances provided by their local service providers[1].  In fact, mobile roaming data used by local subscribers whilst travelling abroad increased from 63.3 million MB in Q4 2017 to 109.6 million MB in Q4 2018.

Subscriptions for the fixed telephony segment were up by 15,157 (or by 6.3%) year-on-year, to 255,437 by the end of 2018. Despite the increase in subscription numbers, fixed telephony voice usage continues to dwindle in terms of both calls and minute volumes as a result of fixed-to-mobile substitution. Bundling continues to be one of the main reasons why this service remains strongly present in local households and businesses, with almost 75% of all subscriptions recorded at the end of December 2018 being purchased in a bundle.

Fixed broadband subscriptions were up by over 10,000 to reach a total of 191,833 by the end of 2018. The rising take-up of connections supporting fast and ultra-fast download speeds was the driving force behind the observed growth in the subscriber base. Significantly, the number of connections supporting headline download speeds of 100Mbps or more doubled year-on-year to reach 63,799 by the end of 2018. As a result of pricing strategies and changes in product line-up, fixed broadband turned out to be the most bundled service at the end 2018, with 88.4% of all connections being purchased in a bundle.

The pay-TV sector also recorded an increase of almost 10,000 subscriptions in the 12-month period ending December 2018. Growth in this sector was driven by higher take-up of Melita's digital cable and GO's IPTV services. These two platforms saw a 13.2% and 34% rise in subscriptions respectively. The continued bundling trends for the service and the launch of the TSN Sport packages contributed to the positive developments with respect to the take-up of the service.

Postal mail volumes for the year were down by 0.15% in 2018 when compared to 2017. Letter and bulk mail items were down by 1.1% and 2.8% respectively. Despite the decline, letter and bulk mail continue to dominate postal services contributing to 92.4% of total mail volumes. Conversely, the remaining 7.3% pertained to registered and parcel mail items both of which were up by 18.4% and 71.9% respectively.

Leased lines are a high-quality, dedicated, point-to-point data transmission connections used by businesses and providers of communications services. As at end Q4 2018, a total of 499 leased line connections were recorded, down by 40 connections (or 7.4%) year-on-year. This decline is due to 47 disconnection in the traditional interface segment, which was not outweighed by the reported increase in take-up of alternative connections supplied over Ethernet and Wavelength Digital Multiplexing (WDM) technologies.