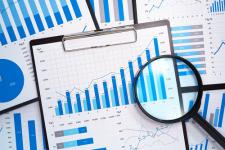 As part of an ongoing series of publications designed to pinpoint developments in electronic communications and post for Malta,the MCA has today published the Data Report Sheet (DRS) with the latest figures covering the period Q1 2014 to Q3 2018. ​

​​The third quarter of 2018 has been characterised by a continued rise in take-up of all electronic communication products and services. In the telephony segment, a rise in mobile traffic volumes materialised alongside the expansion in the local subscriber base for the service. The fixed telephony segment did however experience a drop in traffic volumes despite a rise in subscriptions.  Take-up for fixed broadband surged as a result of more households and businesses opting for fast and ultra-fast connections, whilst the client base of the pay-TV segment surge ahead by around 10,000. Significantly, the big majority of new clients for fixed telephony, fixed broadband and pay-TV got a bundle subscription. The mobile telephony segment continues to be immune to this trend possibly due to the fact that consumers deem this service to be better suited for individual use rather than as a bundled service with other electronic communications products.

The mobile telephony subscriber base reached an all-time high of 621,744 at the end of September 2018, up by 16,985 subscriptions year-on-year. This increase is completely attributed to a year-on-year rise 12,218 post-paid subscriptions, as opposed to a marginal decline of 283 pre-paid subscriptions during the same period. This trend may be explained by the additional monthly voice and data allowances that have been in place during this year. The shift in take-up from pre-paid to post-paid plans led to an increase in ARPU of local mobile operators, from €45.12 in Q3 2017 to €46.51 in Q3 2018.

The rise in fixed telephony subscriptions did not translate in higher traffic volumes. It is indeed very likely that this change comes on the back of end-users opting for bundled subscriptions that include fixed telephony, notwithstanding the continued fixed-to-mobile substitution that has been strengthening for years.

At the end of Q3 2018, there were 14 international retail leased line connections, marginally down from 15 at the end of the same period a year earlier.