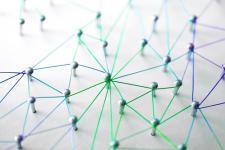 As part of an ongoing series of publications designed to pinpoint developments in electronic communications and post for Malta, the MCA has today published the Data Report Sheet (DRS) with the latest figures covering the period Q1 2014 to Q2 2018.

The electronic communications subscriber base expanded rapidly during the first half of 2018 and exhibited further changes in consumption trends. In the case of mobile telephony and fixed broadband, end-users continued to exhibit a relentless appetite for accessing the Internet. Also, the bundle option consolidated its position as the mainstream choice of end-users, given changing preferences and a dilution in the stand-alone line-up. As for traditional voice services, fixed-to-mobile substitution persists unabated, with fixed telephony losing more ground when it comes to usage levels as opposed to the surge observed for mobile.

Fixed voice minute traffic volumes in the first half of 2018 were down by 6.3% when compared to the same period a year earlier, as a result of fixed-to-mobile substitution. The rise in subscriptions combined with dwindling traffic volumes translated into a decline in fixed telephony ARPU.

Upward trends in mobile voice minute volumes are a result of a growing subscriber base, changing consumer preferences and more competitively priced plans. Voice minute volumes in the first half of 2018 were up by 7.3% when compared to the same period a year earlier. Evidently, the 10,500 new subscribers recorded in the first half of 2018 contributed to this spike. Meanwhile, the proportion of end-users on post-paid plans consolidated during this period, on the back of bigger voice and data allowances available with such plans.

The first six months of 2018 saw around 6,000 new subscriptions being added to the client base of local service providers. Rising take-up of plans on IPTV and digital cable mainly contributed to this change, with the number of subscriptions in the former case going up by around 7,000 and in the latter case by around 7,400. The rising take-up of pay-TV in a bundle has contributed to a fall in pay-TV ARPU, given that bundle plans typically allow for discounted access fees.

Postal mail volumes in the first half of 2018 were up by 1.1% when compared to the same period a year earlier. This was mainly a result of more buoyant inbound cross border mail volumes and parcel mail volumes.