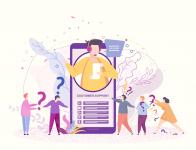 In total, the MCA received 132 complaints from subscribers of telephony, internet, and television services and those consumers who made use of the postal services, an increase of 13% when compared to the previous 6 months.  95% of the complaints received were investigated and closed by MCA within 20 working days.  During this period the MCA also received 354 requests for information.

62% of the electronic communications complaints received related to quality of service issues with faults being the most common type of complaint received - a total of 45 cases reported.  The complaints related to faults, were closely monitored by the MCA to ensure that appropriate actions were undertaken by the service providers to repair the faults at the earliest time possible.

The second most common type of complaint received related to billing issues (22%), namely related to incorrect billing with a total of 19 complaints reported to the MCA.  In 9 of these cases, following the necessary investigations, the MCA had to directly intervene requesting the service providers to take necessary remedial action to address the issues reported.

The MCA also received 18 complaints related to postal services during the second half of 2018 largely related to undelivered or delayed delivery of mail.  The MCA brought these cases to the attention of the service provider so that it could further investigate the matters raised and address any ensuing issues accordingly.

As part of its ongoing compliance monitoring, the MCA conducts mystery shopping exercises on the 3 main electronic communications service providers’ customer care.  During the last 6 months of 2018, it resulted that the average time taken for a call to be answered by a call agent was 54 seconds, an improvement of 11 seconds when compared to the previous period.  95% of calls were answered by customer care agents within 5 minutes.

The report can be viewed here.