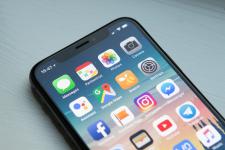 Over the next years, developments in 5G and the Internet of Things will usher a new era in mobile connectivity services. To help meet this demand, the MCA following the award of spectrum licences in the 800MHz and 2.5 GHz bands, is publishing a consultation on the roadmap for the UHF band between 470 - 790 MHz. The MCA will be carrying out this public consultation on the aforementioned band in order to identify and better address the spectrum needs of the local Maltese scenario.

The 700 MHz band (694 MHz – 790 MHz), being one of the pioneer bands earmarked for the deployment of 5G technologies, is harmonized throughout the European Union. Spectrum in the 700 MHz band is an attractive resource with high value primarily to mobile network operators and society at large. The harmonised decision mandates that the duplex frequency bands 703-733 MHz and 758-788 MHz shall be used for mobile services in the future.

The rest of the 700 MHz band (694 – 703 MHz 733 – 758 MHz and 788 – 790 MHz), may be allocated for different purposes. The MCA is consulting on the needs for PMSE (Program Making and Special Events), PPDR (Public Protection and Disaster Relief), M2M/IoT (machine-to-machine radio communications and Internet of Things) or SDL (Supplemental downlink), to determine the most efficient and effective use of these frequencies in line with national needs.

The Sub 700 MHz band (470 – 694 MHz) will remain available for terrestrial broadcasting services until 2030. The MCA, taking note that existing Digital Terrestrial Television (DTT) rights of use expire in 2021, is also exploring as part of this consultation the economic and technical aspects for the future of DTT in the local market.

The national roadmap for spectrum in the UHF band between the 470 – 790 MHz is a critical milestone towards mobile 5G technologies, the development of the Internet of Things and the future of DTT.