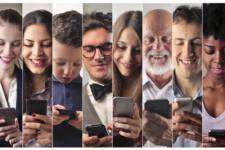 72% of users with a smartphone making use of OTT Services

A perceptions survey on mobile telephony commissioned by the Malta Communications Authority and conducted by EMCS in the second half of 2017 shows that 97% of residential end-users had a mobile telephony subscription.

An increasing share of end-users are subscribing to post-paid plans, with the share of respondents reporting such a subscription rising by 13 percentage points from 2015 to 2017. Post-paid subscriptions now account for 35% of the local residential subscriber base.

Smartphones are now the mainstream choice, with 66% of respondents with a mobile subscription saying they make use of such a device. The elderly (65+ years) remain the most reluctant to switch to a smartphone, with the majority stating that they found difficulty making use of such a device due to its complexities.

91% of respondents with a mobile subscription say they are satisfied to very satisfied with the quality of their mobile telephony service. In line with the high levels of satisfaction expressed by survey respondents, just 9% of respondents say they switched service provider in the last 2 years.

More information on the main findings of the survey concerning mobile telephony can be found here.